As we get into high gear for our upcoming production of Falsettos, take a trip with us through William Finn’s Songbook every Friday.

Ok, it’s a Thursday… but we just couldn’t wait to share our interview with William Finn with you. So sit back, relax and watch as Robert McQueen, the director of Falsettos, interviews the legend himself. END_OF_DOCUMENT_TOKEN_TO_BE_REPLACED

Rehearsals for Falsettos  got off to an exciting start yesterday, beginning with a meet and greet , an introductory welcome from Mitchell and followed by a complete concept and design presentation by director Robert McQueen, music director Reza Jacobs, choreographer Tim French and costume design Alex Amini. We got some behind the scenes photos of the action to give you all a sneak peek into the first rehearsal room! 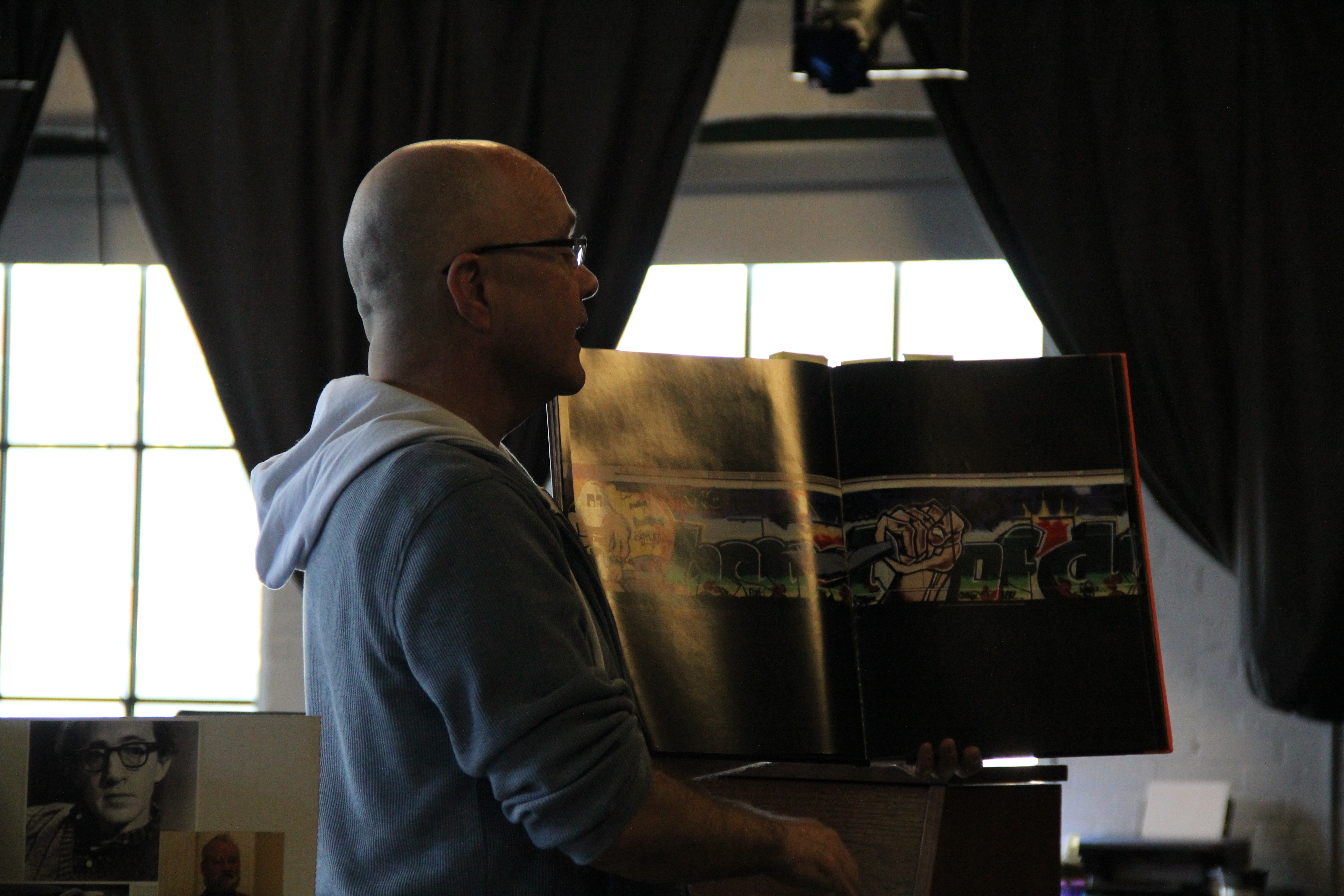 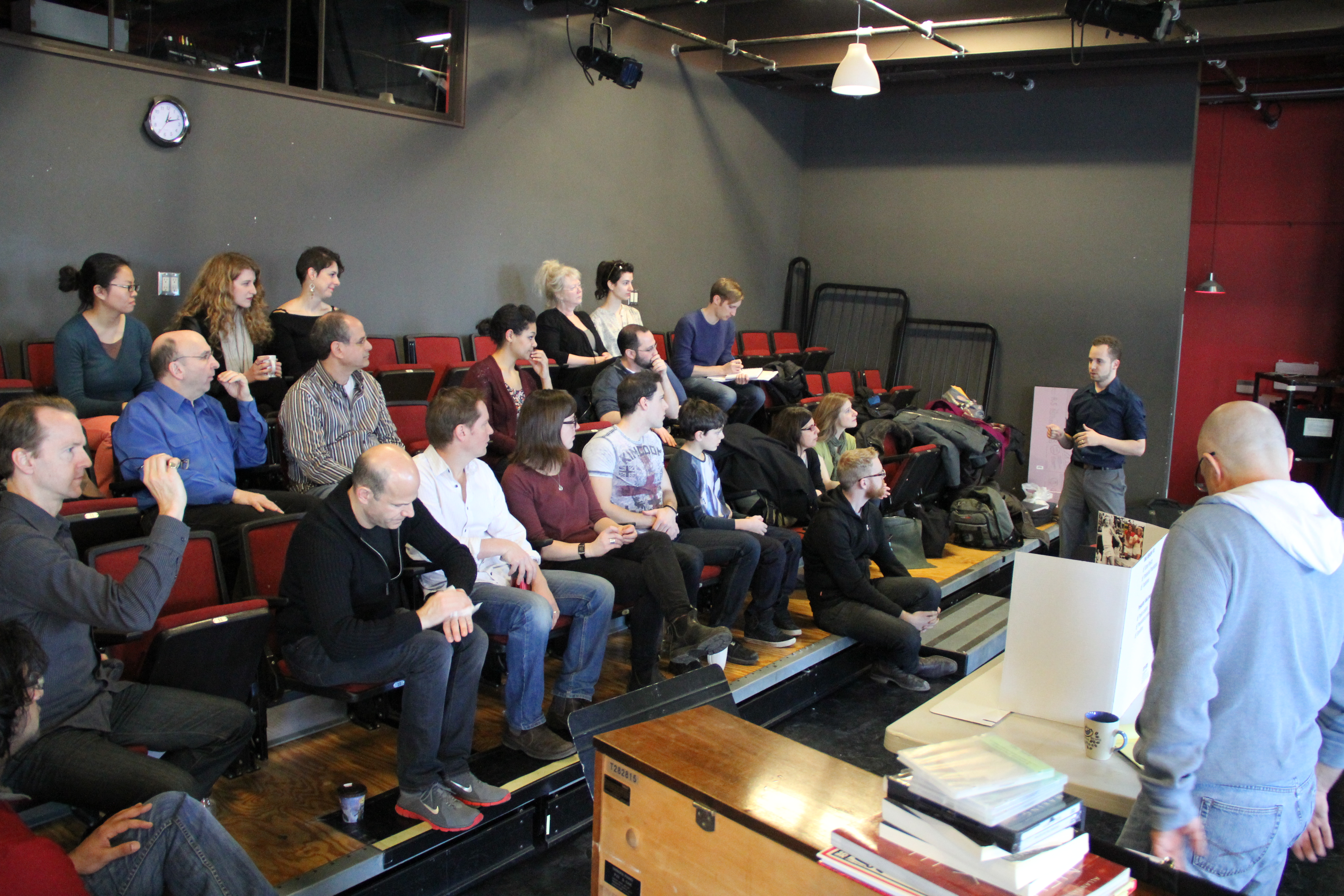 Mitchell Marcus delivers a welcome address to the entire cast and crew – exciting! 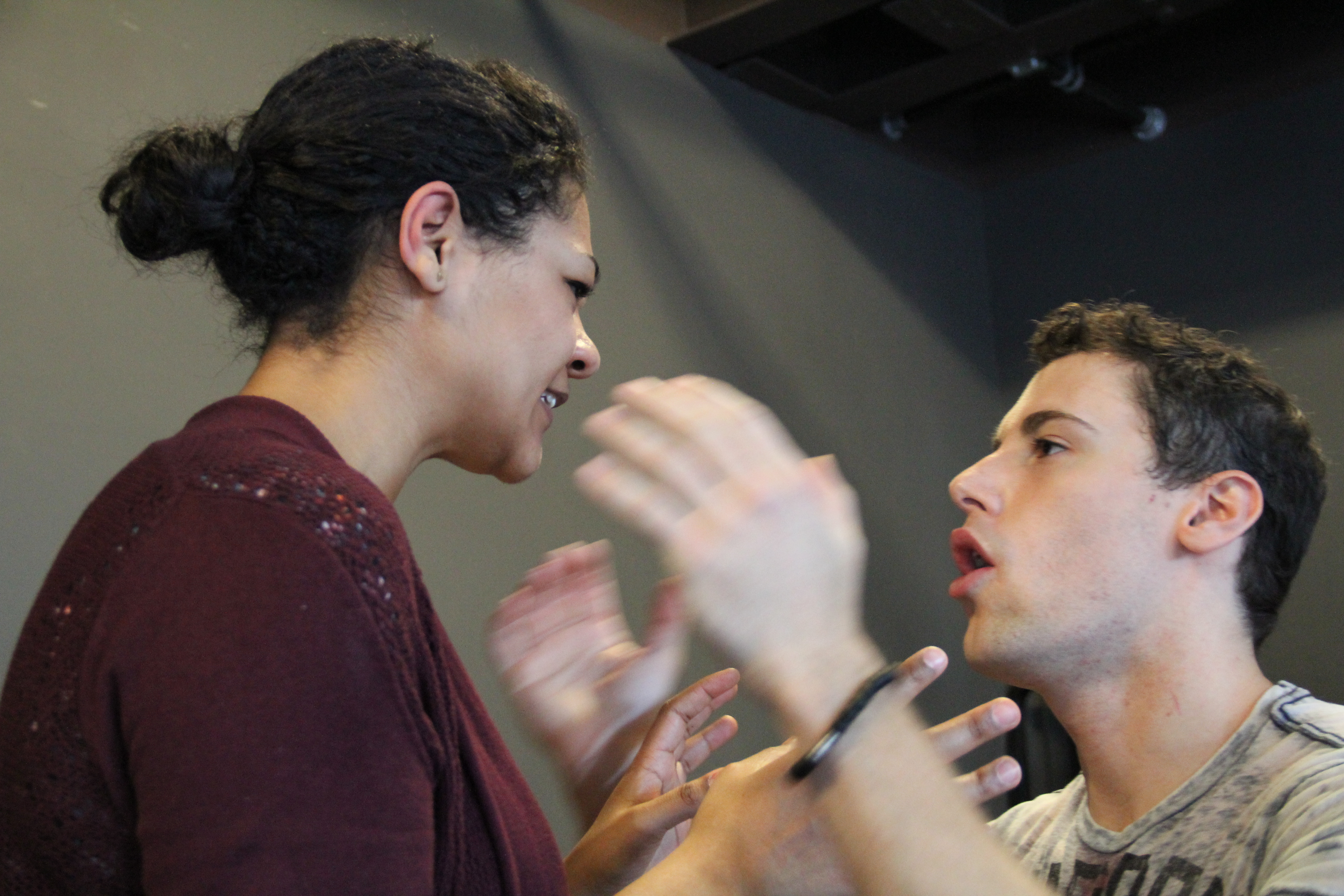 Our Banks Prize Winner, Alexis Gordon, gets a real 24 hour perspective on the rehearsal process as she serves as Michael’s chaperone for the next 7 weeks! Here, we capture her in an intense conversation with Eric Morin, who plays Whizzer. 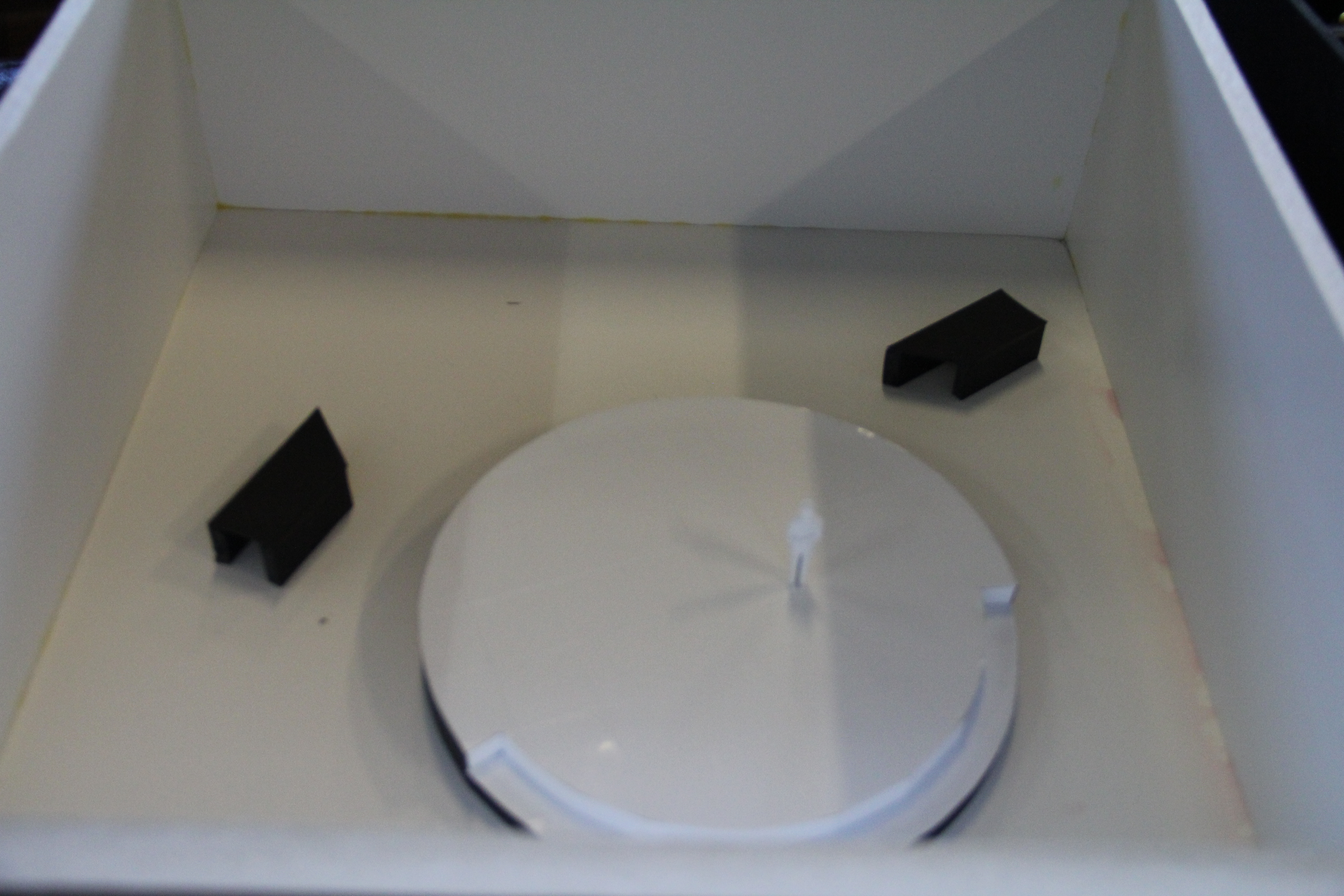 The maquette for the Act II Set – that’s right folks, we change the whole set around during intermission! 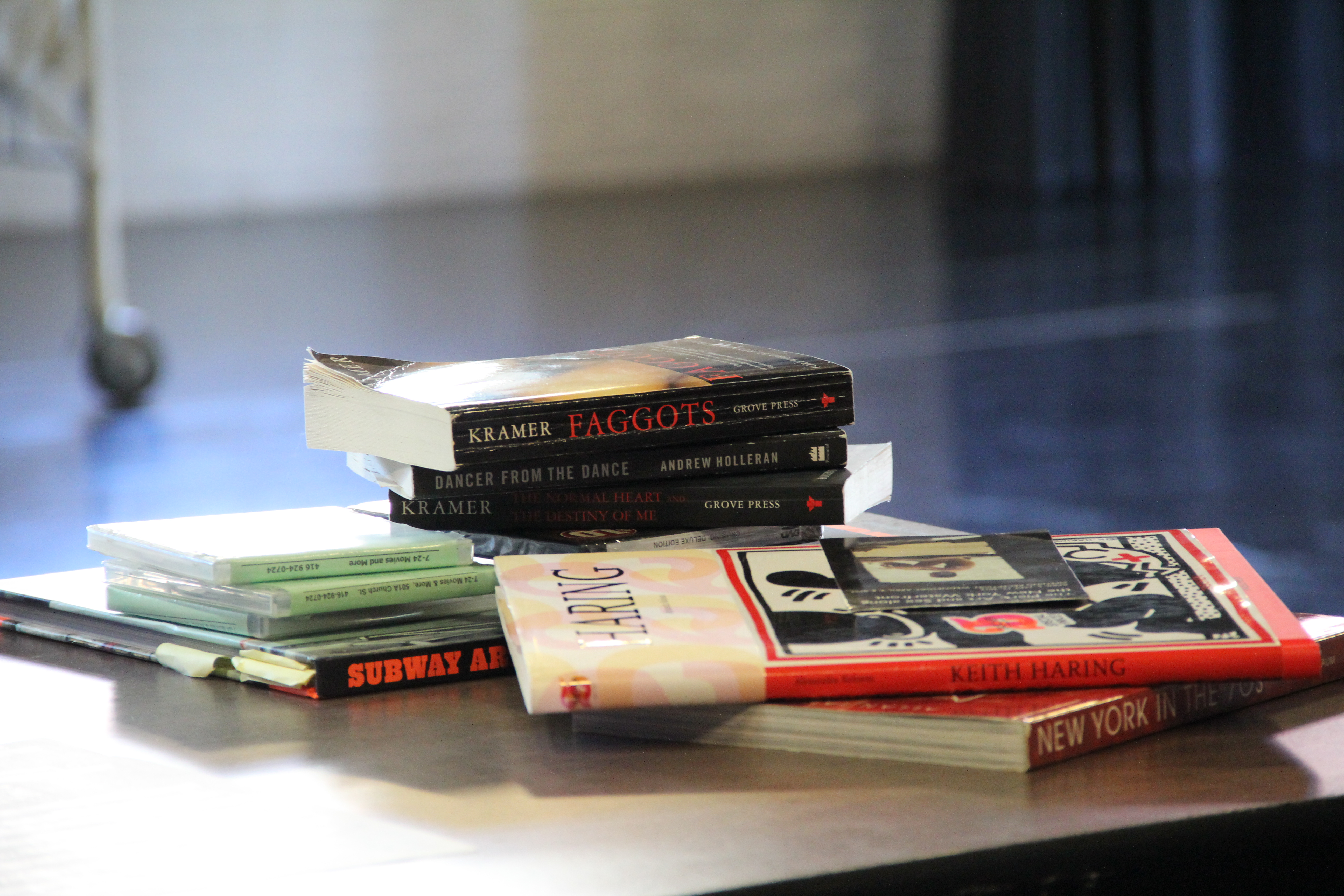 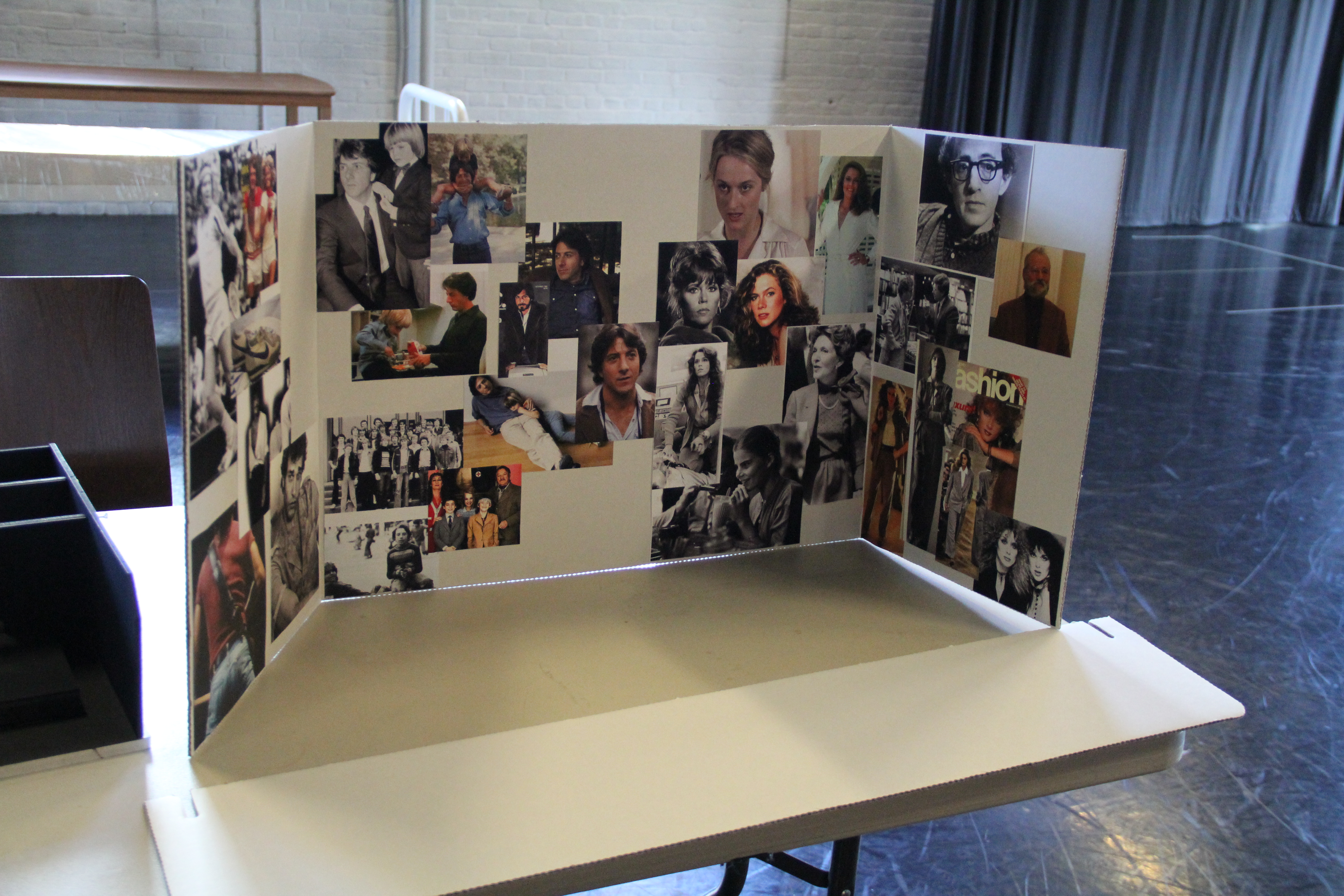 Here’s something I didn’t know until I became a parent: our city is filled with amazing family drop-in centres! For those of you (like me) who don’t know what a drop-in centre is, they are giant indoor playgrounds for kids. The drop-in centre near our house has two floors filled with toys, books, puzzles, painting, train sets, etc. etc. There are two full-time staff there to help facilitate playing and they serve lunch for $5.

Did I mention that it is FREE? So in the Winter months, when it’s too cold to go play in the park with neighbourhood children, we head over to our local drop-in centre and enjoy all of the same perks indoors.

There is one drawback.

Within a few days of visiting, sometimes my kids come down with colds. Since we have a nanny, we haven’t experienced the slew of illnesses that most kids pick up at daycare. So our drop-in centre – while amazing – tends to be our kids’ most substantial exposure to germs. And when you watch one kid with a runny nose put a toy in their mouth and then you watch your own kid pick it up and lick it, you sort of know what is going to happen.

So before the weather turns nice and we all head outdoors, I want to say thank you to Ontario’s drop-in centres. Thank you for being free. Thank you for entertaining my kids all Winter. And I forgive you for the occasional nasty cold that you sent home with our children.

We were so lucky to have e-met Amie of the Gay Dad Project back in the Fall – a recently founded interactive hub for gay fathers and their children. Through open and respectful dialogue they hope to give visibility to families and create a safe space for conversation. As part of our ongoing partnership with them in conjunction with Falsettos, all four of the founders – Amie and Pete, and Erin and Larry – sat down to answer our questions based on their own personal experience vis-a-vis Marvin’s journey in the musical. Here is Erin and Larry’s video!

You can find out more about the Gay Dad Project on their website, including their inspiring kickstarter campaign towards the making of a documentary on the subject. You can also meet Amie and Pete when they host one of the Choose Your Own Adventure Post Show Chats after the May 7 performance of Falsettos.

A few weeks ago we were at playgroup. My son had just learned to sit unassisted and was playing on the carpet. He was still a bit wobbly, so when he fell onto his back (thankfully with a pillow behind him to catch him), I pulled him back up into sitting position by his arms (something I had done a million times).

Suddenly I heard a crack. And then he wouldn’t stop crying.

I assumed he was maybe just tired. Or hungry. I gave him food. He had a nap. Then I realized that he wasn’t using his left hand.

I rushed him to the doctor. The doctor took one look at him-