One Song Glory, our youth training program, got off to an amazingly fun start last Saturday. Here are some photos from the first day, and make sure to buy your tickets to the showcase performance now before they sell out! 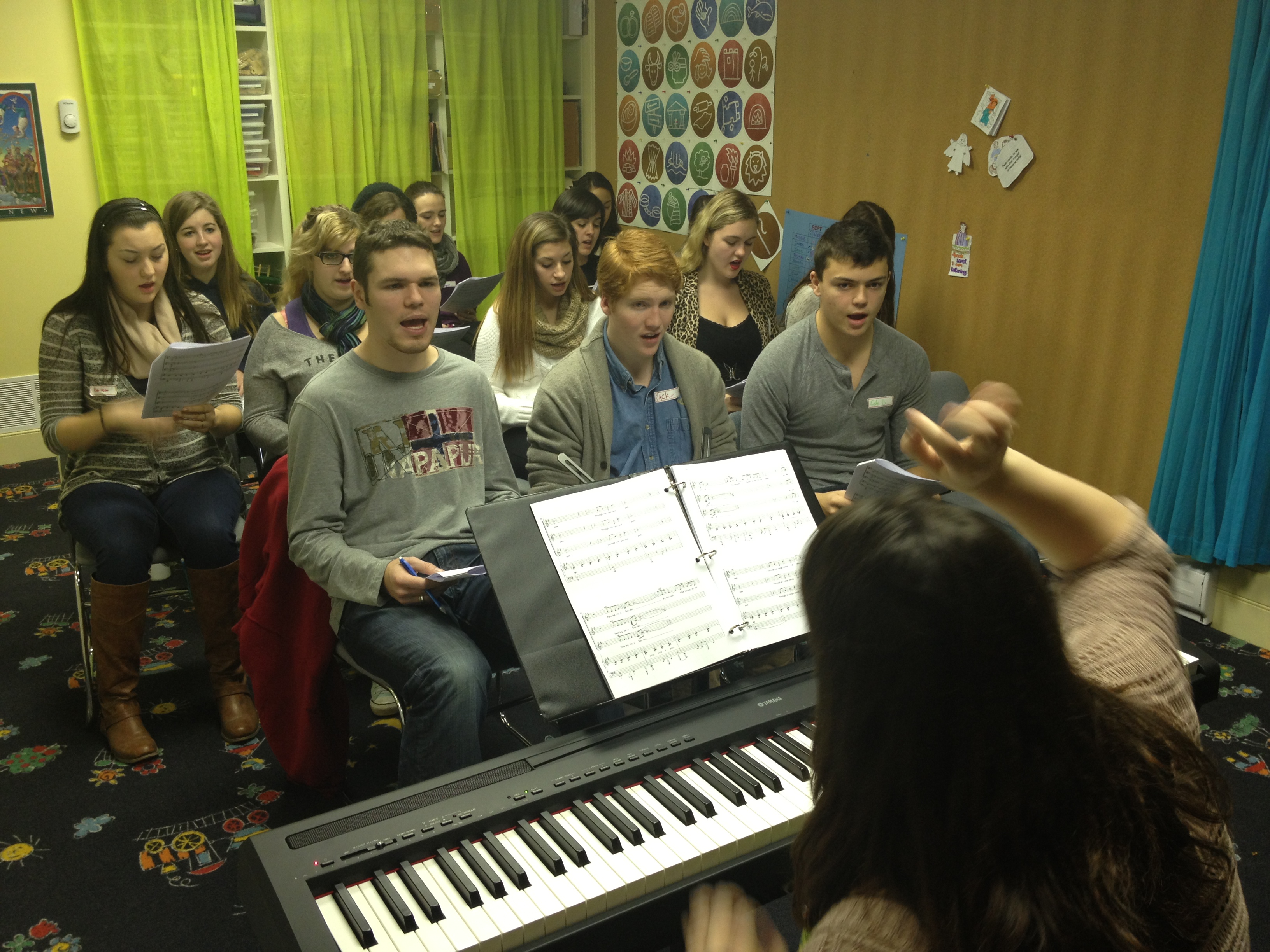 The Ensemble Group sings “Sunday” (as in, in the Park with George)

END_OF_DOCUMENT_TOKEN_TO_BE_REPLACED

Robert McQueen is an international director and dramaturg who’s work includes a variety of styles from opera to musical theatre. He has worked on and off Broadway, and, most recently, directed Acting Up Stage’s Caroline, or Change (for which he was nominated for a Dora). Next, he will be at the helm of two more Acting Up Stage Projects: Falsettos in April 2013, and a workshop of a new Canadian musical by Reza Jacobs and Andrew Kushnir, Alexandria.

What musical will you always remember for its choreography/dancing?

The first one was that really great production of Patti LuPone doing Anything Goes at the Lincoln Centre. She was playing Reno Sweeney and was really wonderful. It’s such a great score so it’s one of the iconic American musicals. Also, 42nd street, the first production when I was a student in New York. We couldn’t afford the whole ticket so we would “second act it.” Do people still do that? END_OF_DOCUMENT_TOKEN_TO_BE_REPLACED

I miss the theatre. Since June 13th when the twins were born, I have only stepped into a theatre three times. One Summerworks show, the brilliant Ravi Jain’s presentation of Dear Liar at the new Daniels’ Spectrum, and Sister Act (which was more happenstance than deliberate). Three shows in 5 months.

Every day I read Facebook statuses about “must see” local productions, all of which I have to ignore. I missed Bloodless which I really wanted to see. I can’t go see the revival of The Normal Heart which I loved the first time. END_OF_DOCUMENT_TOKEN_TO_BE_REPLACED

Alexis Gordon, one of our Banks Prize winners, initiates a new Musical Notes feature: the Playlist! Featuring a different composer for each post, we’ll bring you a rundown of their greatest hits and why you should have their songs on your portable music device.

1) “So Far From Pennsylvania”

Alexis and Andres send some love out to our One Song Glory participants, who are starting this week! Their tips on how to audition for a musical, which does not involve excessive use of jazz hands.
END_OF_DOCUMENT_TOKEN_TO_BE_REPLACED